What an awesome video by Kjasi!  Great job man!

Whoo! Getting really excited for this!
at 6:14 PM No comments:

Oh yes. Finally. Must have. Hell I might even get two or three of them! 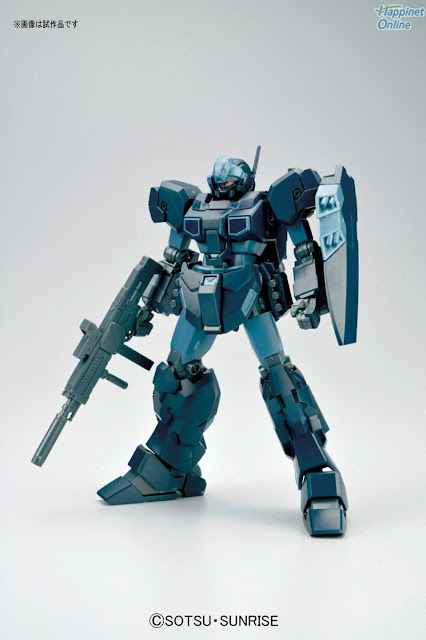 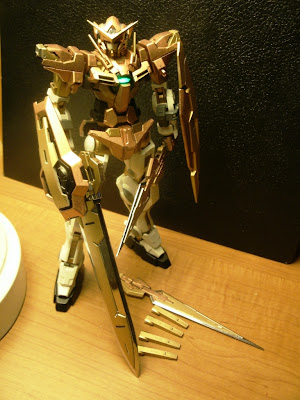 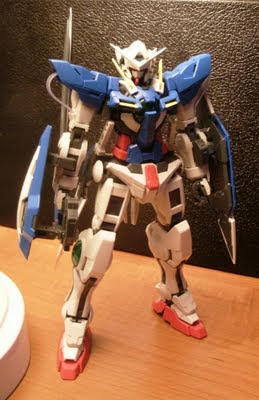 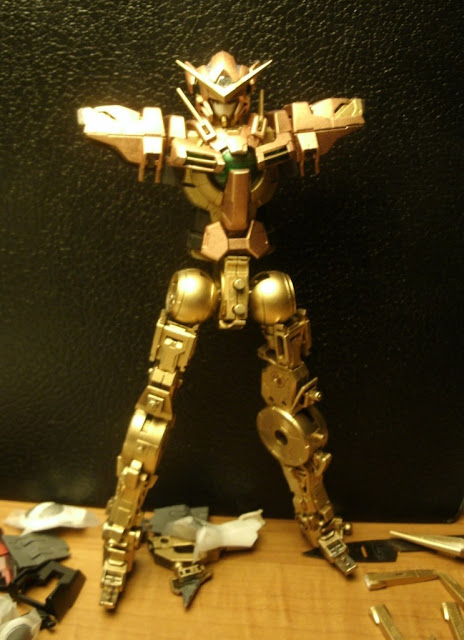 Lotta pics so I'm just going to let them do the talking. You can probably figure it out.  Will talk about the paints I used and the painting process in a bit more detail in the coming posts. 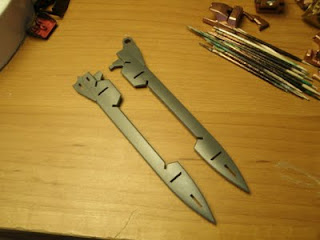 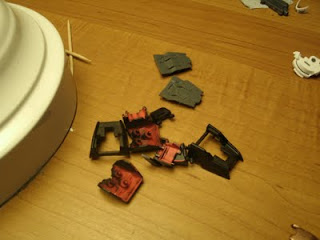 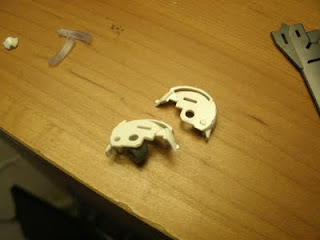 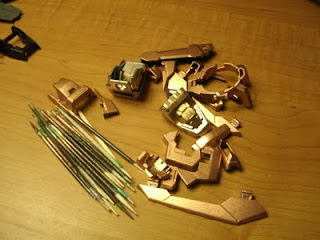 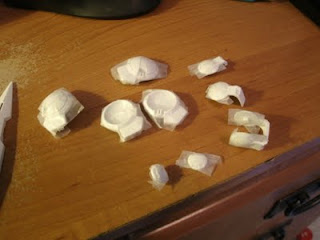 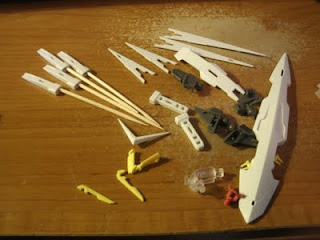 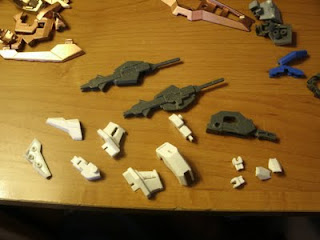 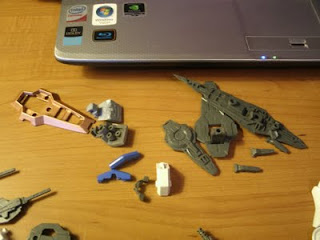 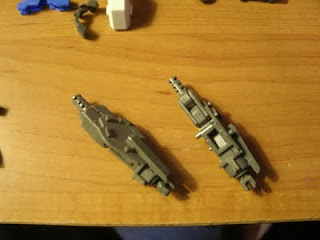 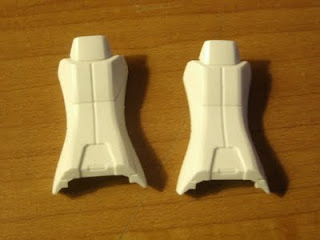 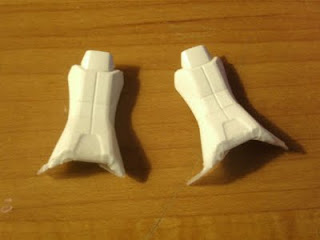 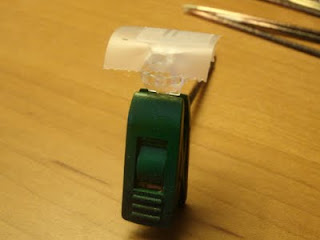 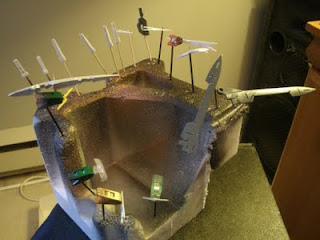 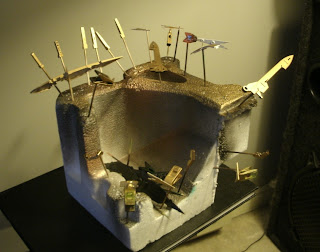 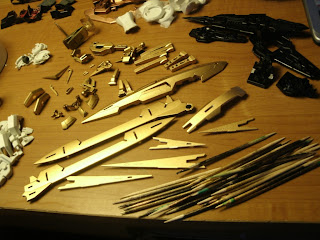 Getting close to the assembly stage... But of course there are still a lot of little details to do... and then natural extension of that is choosing which ones are a worth the effort. Gonna start with the decals soon.
at 2:42 AM 2 comments:

As I mentioned before I've always always hated the feet for this thing. Impractical design with too many moving parts that don't really do anything. The feet look nice but they've sacrificed functionality. I'm going to change that. After closer inpection of the joint for the "toe" I concluded that it's too much work to increase the range of movement because of the joint shape and placement. But I suppose some movement is better than none (unless it's too loose) so I'm going to leave that as is. If it becomes a problem I'll glue it in place.


It's not perfect. I didn't manage to make the edges as sharp as I wanted to and some of the edges where slightly rounded. Instead of re-puttying I just rounded off the opposing side to make it even. It's just the feet and they're going to be painted black. I can let this go. Like I often say, when it comes to modelling sometimes you just have to choose your battles and let stuff go otherwise you'll never finish. At least if you're a modeler like me. I haven't test fitted it yet to see if it works. More to come!
at 8:51 PM 5 comments:

Another late post but one made in the interest of thoroughness. I did finish the ANA Unicorn Gundam some time ago but I don't think I ever got around to posting pics of it here. The full gallery can be found at the links at the bottom of any of the photos.

Beautiful kit.  So glad I managed to get my hands on one!  Definitely one of the high points of my collection.
at 6:15 PM 6 comments:

Honestly this is what I was waiting for... 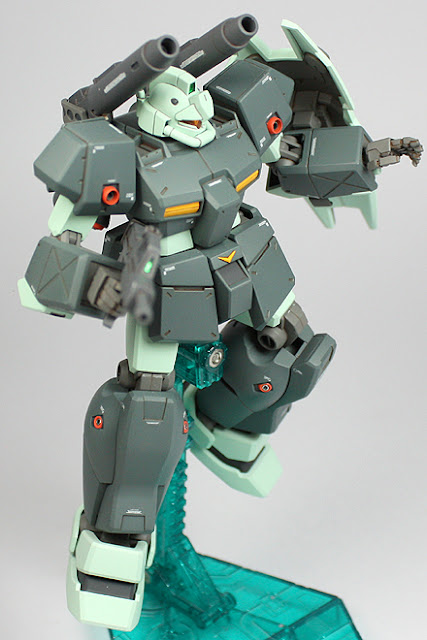 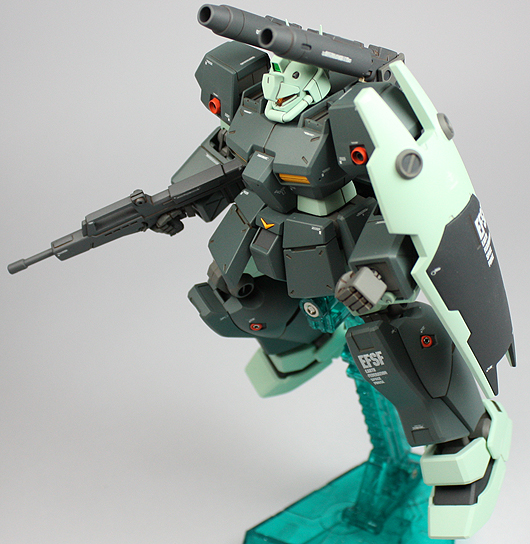 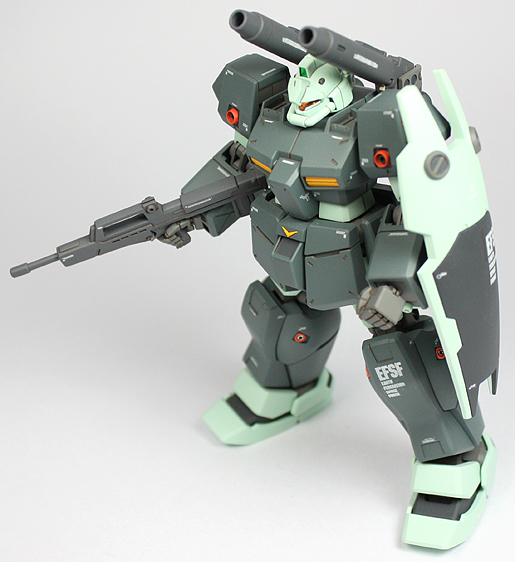 The regular one was killing me with that light blue base and dark green armour. Hard to look at it. I can deal with it on the GM Custom because that's just the colour of the suit but it don't think the contrast with the dark green armour on the GM Cannon II is good at all. Hurt my eyes man seriously. But this... I don't know what to say. I feel such a sense of relief.

Well... might as well give you a summary.  For those who like to read here's your recap.

I am still whittling away at the kits I've got here.  In progress are MG Exia, HGUC GM Command and PG Strike Freedom.

Currently at work on Exia, GM, Strike in that order.

Shenlong was fun.  Titanium Finish was great.  Decals finished on the ANA 00. 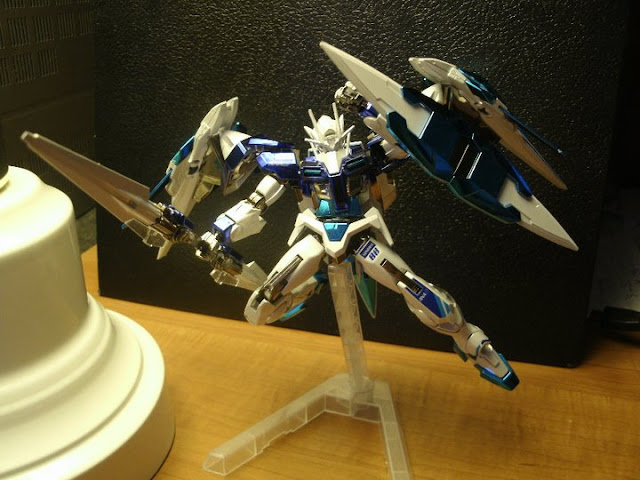 Brought a bunch of the army out of their boxes.  Still about half to go so that means... God help me... about 40 kits.

But I'm plugging away.  You all know life gets in the way sometimes.

Honestly I'm loving these things.  Not because I'm a fan of the series and not because it was the first Gundam series that I ever saw... speaking as a North American...  but because... the kits are ****ing awesome.

Wing, Shenlong and now... Epyon which to be completely honest... has impressed me a lot.  I love that thing.

So I want to make a couple of special posts today.  Special in my opinion.  One I saw from Gundam Guy. 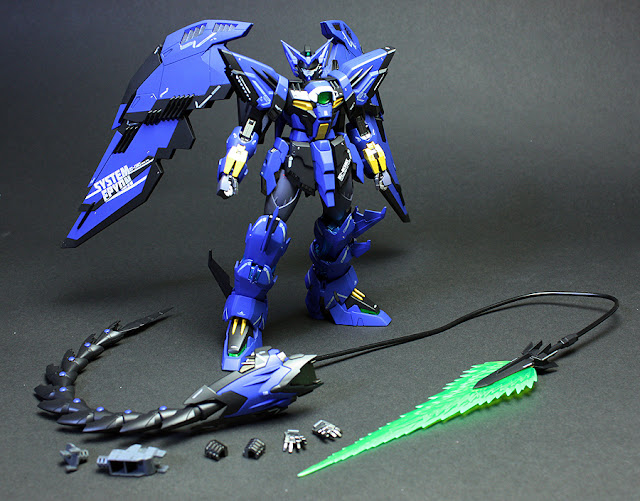 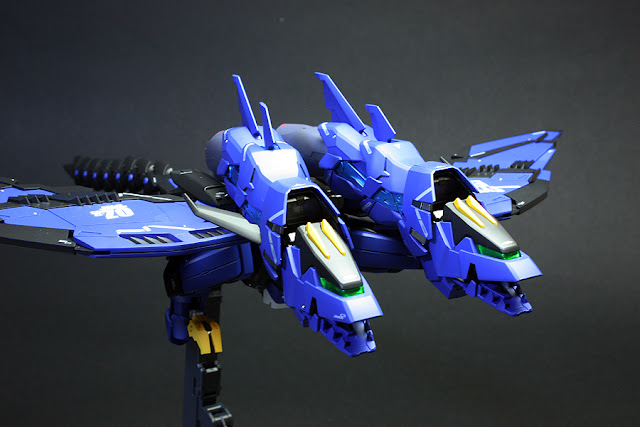 Blue Epyon.  Lovely.  This is why I love modeling.  Doing stuff like this.

The second is from a modeler that I've had... a kind of infutation with for some time and this time she has really and truely blown me away.  I'm SO glad that they actually interviewed her for this project.  This girl SHOULD be as popular if not more so than Mariemon but... where is her blog?  Anyway just an awesome awesome Shenlong.  I shouldn't be surprised that it comes from her but I am.  I can tell you now... in some cases appearance doesn't matter.  Whoever this woman is I love her.  Damn.  Also from G.G.

Seriously, I'm shocked.  This model has made a HUGE impression on me for one and to find that it's from a modeler that I've really liked for a while...

Can you imagine if your gf made Gundams like that?  That's crazy!  All I'm going to say is that I hope she's with a man that can appreciate what she does!  Because if she isn't that's just a straight tragedy.

So I'm going to take this moment now to profess my love in public. Beginning of the month so I gotta start over again! Check out some of these pics! This is such an awesome picture. Love this type of stuff.