Only 2 comments about this.

1. New Kyrios (or whatever it's name is now) looks friggin amazing.

2. (and this really is the most important point)

Flags are back! AND Graham is back in a Flag!!! About god damned time! Maybe now he'll be remembered as the awesome pilot that he truly was before the BUTCHERING he received in Season 2. And that's seriously the nicest way I can put it. Flags look a bit different now though. The transformation sequence looks a bit better then the original Flag imo. Happy this is coming out but to be honest the Unicorn OVA's are more of a priority now. I can't barely even remember the messed up 00 storyline anymore. Still though, I'm sure it will be good.
at 10:03 PM 5 comments: Links to this post

Let's talk about it.

As stoked as I am about the Musha Mark II (mentioned in the previous post) I can't let this one go unnoticed either.
This post is probably more for the readers who grew up in North America. For most of us Gundam Wing was our first introduction to Gundam. In my case it was actually the first Gundam series I'd ever watched and I watched it from beginning to end.
I had bought the model kits before ever watching Gundam Wing and I was so happy to see a "Gundam" show on TV finally. Now I could finally see what a "Gundam" actually was.
I was pleased.
Of all the MS from Gundam Wing, I liked the Tallgeese 1 the best. That's the MG I really want and with this coming out maybe the Tallgeese isn't that far behind.
But concerning this model... This really was the one that started it all for a lot of us. This was our introduction to Gundam and what got us into this stuff to begin with. I'm not a huge Wing Gundam fan by any stretch of the imagination but... I might be forced to buy this on principle strictly for what it represents. Wing Gundam is basically the RX-78-2 of North America.
I had a birthday party at one(of two) of the Gundam bars here in Nagoya and the staff put Gundam Wing on the DVD player just because I was a foreigner and they knew that Gundam Wing was the first Gundam series that most North American foreigners had seen. It represents something to us. The beginning for us of something that had happened in Japan almost 20 years prior.
The beginning of Gundam Mania. Yes. I might be forced to buy this on principle.
But looking at this news that we've all just recently learned about... (concerning the upcoming releases) doesn't it sound like someone was fired and a new person was hired to be in charge of what would be made into upcoming models? I mean... It's quite a big change... and I have to say... a welcome one. I mean all those Zaku/RX-78-2 ver 2.0 frame based MG's. How many were there all together? Like 12?!
I mean hasn't it always seemed like anything NOT U.C. and C.E. was just 2nd class stuff and not worth the effort? And here we have news released all at the same time about Musha Mark 2, Wing, X, God and HMC O Gundam, plus 1 Gundam. Amazing. Simply amazing. How many of us were surprised at the MG GN-X announcement? Or even V Gundam for that matter? (Techically UC though isn't it.)
Somethings changing over there in Shizuoka. And whatever it is... I like it.
at 9:20 PM 5 comments: Links to this post

I will NEVER quit Gunpla. I have been waiting for this!!!

All jacked from Ngee

There is a high chance of me picking up all of these eventually. I want all of them. If the Astraea comes with all these weapons then I'm in for sure. But the real kicker for me... No question... 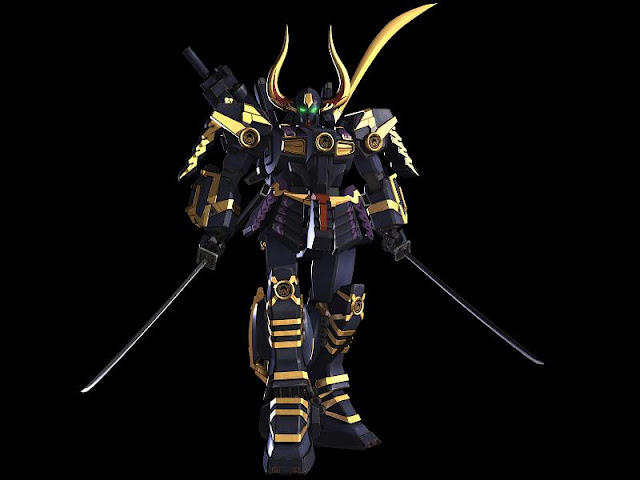 Actually there is one question. Will they eventually come out with a premium box set with display for this eventually? and can I wait that long...

Extremely stoked about this. Extremely.
at 6:08 PM 14 comments: Links to this post

Man, I am SO stoked I'm going to be able to watch this in the theatre. The place where they're showing it in Nagoya is a 10 minute walk from my house and it's going to be playing when I get back to Japan!

If my Japanese is correct this story is shaping up to be something quite epic. Never mind the level of animation. Wow. I'm calling it right now. This is going to be one of the best U.C. series ever.
at 4:04 PM 5 comments: Links to this post

Well it’s been just about two weeks since my last post and I feel that I’m overdue.
Damn I miss Gundam stuff sometimes. Am I going through withdrawal? I haven’t touched plastic in a while and I’m a bit envious of the other bloggers out there who are still doing their thing. People working on the new Re-Zel and the Victory… Jealous! I want to work on a new model too… and I’ve had chances but I’ve been putting them off. Trying to be mature about the whole thing…

First off… the reason I haven’t been posting much is because I’ve been travelling… across Japan (Shizuoka, Yamanashi, Aichi, Fukuoka, Nagasaki, Kumamoto) and internationally (Hong Kong, Macau, New Zealand)

I’ve had to resist the urge to pick up Gundams that I’ve come across simply because I don’t want to carry them around (Outside of the Advanced Hazel I bought in Yamanashi of course.)
I saw a 1/144 GM Quel in Fukuoka, Kerberos BuCue Hound and Civilian Astray in Hong Kong
315 HKD for MG Gouf v.2 which is around 4000 yen or so… Not bad I guess. 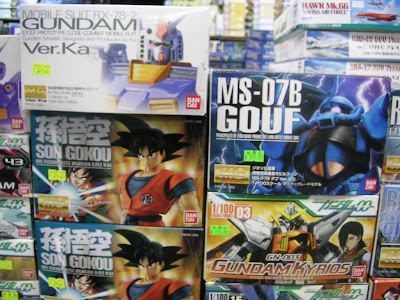 Not much in New Zealand outside of a rare (to me) Hyperion Gundam but the box was so old that it had faded to black and white practically. That hobby shop I went to was mostly Warhammer stuff. Gunpla seems to be a seller there as they had the stuff right by the entrance and they had some relatively recent models… plus some really old ones that obviously didn’t sell. The price for the PG Mark 2 Titans; 800 NZD. Just under 50 000 yen! Wow. 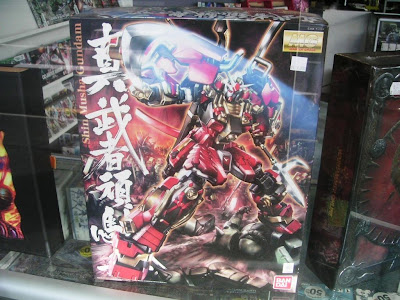 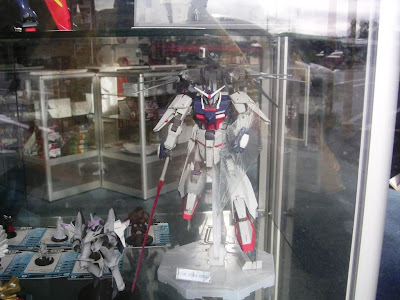 Simply made 1/100 Legend was nice though. I could have made it better. :)
Did I really spend some much money on Gundam when I was back in Canada? I wouldn’t even think of paying such ridiculous prices now. I mean not that id be buying PG’s back home but… I’m sure I was spending a fair amount of money just because there was no other options…

Still though… I’ll be honest… I kind of regret not picking up some of the Gundams that I’ve seen. I mean it’s not like money’s really an issue… It’s more space in my luggage… but I could have made room. And it would have been a nice souvenir of the trip.

But the other part of me is like… I can buy all the Gundams I want in Japan for the cheapest prices anywhere. Why go to another country and get a Japanese souvenir? Shouldn’t I buy something else that’s specific to the country? What would you do?

Even still… having those models would have been cool… When am I going to have a chance to buy a Gundam in Hong Kong that will always remind me of the trip?

Maybe I could just take a note of the Gundam I wanted to buy and then buy it in Japan? lol kind of defeats the purpose. I give up. Eventually lightning will strike me and I will know the answer but for now… I’m just going to not buy anything. My addiction is bad enough in Japan. I don’t need to add other countries to the list.

Not sure when I’m going to get back to regular posting but it won’t be until March. I’m seriously all over the planet this month. And I’m in places where net access isn’t so great so… I just thought I’d explain why I’m not posting nearly as much anymore.

(I’m intentionally leaving out the part where Mass Effect 2 completely consumed my life.)

Peace guys. Even though I can’t post I’m still following what you guys are doing when I can. Thank you for providing me with my ‘plastic fix’ while I’ve been gone.
at 6:22 AM 4 comments: Links to this post

Email ThisBlogThis!Share to TwitterShare to FacebookShare to Pinterest
Labels: travelling

After a couple all-nighters with Mass Effect 2, and a 4 day trip to
Kyushu, I'm finally back home but I'm going to be leaving again soon.
Hopefully I'll be able to post something else before I head out again
later on this week. 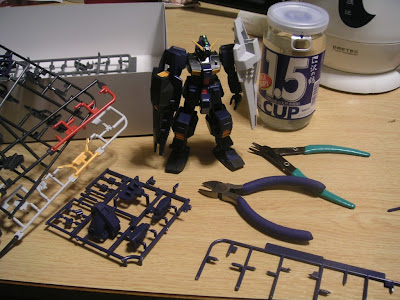 Hi everyone. I got Mass Effect 2 in the mail yesterday. I just wanted to say goodbye.